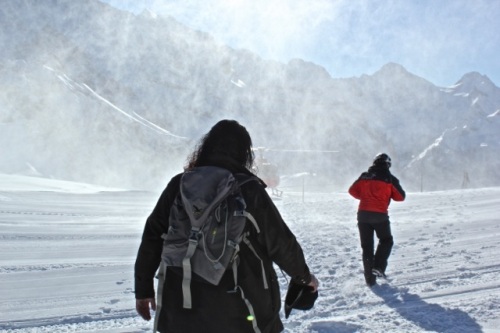 GT walking away from the ice! Too warm! 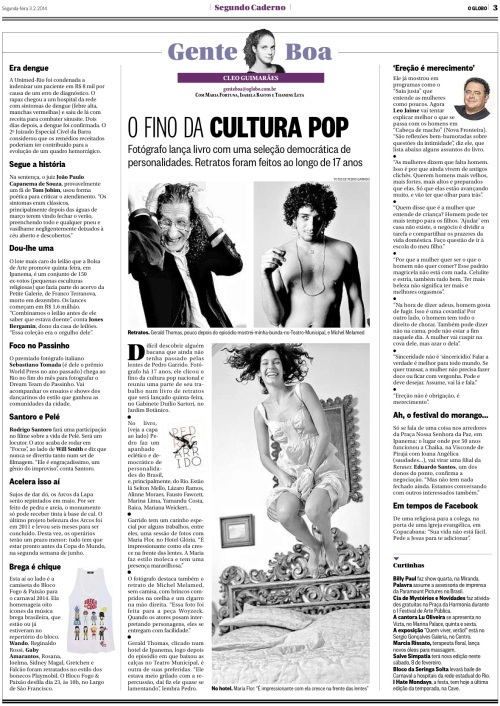 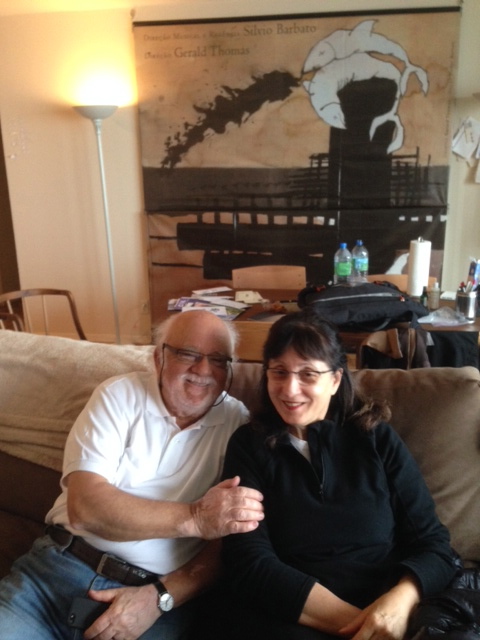 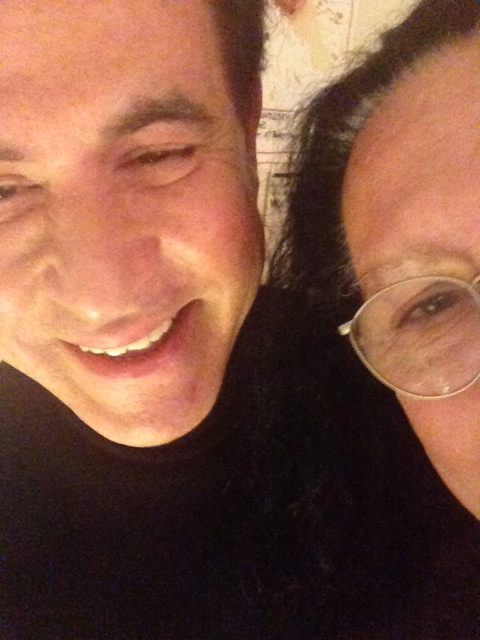 As it was a foggy, cloudy day – the tv cameras could not capture the view of the river or…the other side.

Comments Off on Dias Felizes (Happy Days) and Intense days !!!

Wow. It will soon be the 30th anniversary since……

”NO way in, none out.” In Samuel Beckett’s ”All Strange Away,” a man is caged in a hollow glass rotunda, like a ship model inside a bottle, surrounded by mirrored walls and by the sound of his own voice. He is talking to himself to death. In this Dantean vision of ”a place to die in,” when words ebb, the world ends. Fade to black.

Beckett’s short prose piece, written in 1976, is a variation of the even shorter 1965 narrative fragment, ”Imagination Dead Imagine”; the two share a vocabulary and an environment. ”All Strange Away” has been artfully brought to the stage by the director Gerald Thomas and by the solo actor Ryan Cutrona. The play – and it is very much a play and not a reading – is at La Mama.

As with other Beckett prose that has been dramatized, such as David Warrilow’s version of ”The Lost Ones” (which also deals with a man in a confined space), a transmutation occurs. Seeing ”All Strange Away” in performance, one is even more aware of the rhythmic flow of energy, the stops and starts of the man’s thoughts, how he tries, with increasing helplessness, to control ”the immeasurable turmoil” of his captive existence.

A key to Mr. Thomas’s version is in his punctuation of the first three words of the text: ”Imagination dead. Imagine!” In man’s extremity, imagination (dreams, reflections, language) is the last resort; it is unimaginable for anyone to exist without it. As with a man drowning, his past life rushes in a whirlpool, and each memory is a momentary anchor.

We hear about his love Emma and about his philosophical persuasions. Among the reiterated expressions is ”Fancy is his only hope.” As he defines his space, he becomes an architect labeling the corners of his cubicle and, in his mind, picturing the wall papered with parts of the female anatomy. In the end, the man is overwhelmed by images of himself, distorted reflections in a funhouse mirror.

Light becomes a catalyst for character, surprising the man and provoking him into speech. When the light dims or shifts its gaze – as in Beckett’s ”Play” – the man becomes silent. With the help of the actor, the audience is encouraged to use its imagination. When he describes how the cell is closing in on him, the walls of Daniela Thomas’s set remain stationary; the actor, in a crouch, mimes his claustrophobia.

On the basis of this performance, Mr. Cutrona would seem to be within reach of that handful of actors (Mr. Warrilow, Billie Whitelaw, the late Jack MacGowran) who share an empathy with the world of Beckett. On top of his head is a mushroom explosion of hair and his angular body could have been sculptured by Giacometti. The actor’s voice has the poetic grittiness that one associates with the material; he savors words as Krapp does his last tape.

Though the published story is brief, the play is full-length, and one would question a few of the director’s interpolations, such as a silent prologue in which Mr. Cutrona acclimatizes himself by practicing simian stances, and a later scene in which he lights a cigar that has appeared from nowhere (no way in, none out, but smoke flowing through the roof of the rotunda). On the other hand, some of the additions are enrichments, for example, a moment when the man pinches folds in his garment (long johns) as if trying to pluck mortality. Visually and aurally, ”All Strange Away” is mesmeric, as we watch Beckett’s man mark his last ”hours of time on earth.”

And on March 31st it will have been 30 years since Hans Gunther Sievers (my father) died.