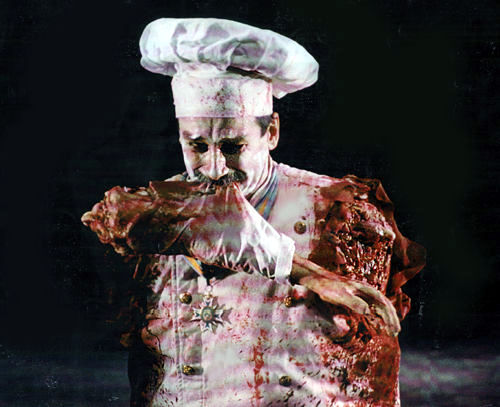 CALL FEMA BEFORE WE EAT UP EACH OTHER ALIVE

I REMEMBER HEARING GOV. CUOMO AND THE PRESIDENT DECLARING A STATE OF EMERGENCY – SO – WHERE IS FEMA?

What I can’t figure out is…..Since the stores and supermarkets KNOW their stuff is going to spoil anyway, why not just open the doors, and GIVE food away? Why call in the National Guard to PROTECT ROTTEN Meat? Does this make sense???? I mean, really. Without power you can’t flush your SHIT, wash your DISHES, take a shower (do I need to further specify?) It’s matter of HYGENE Goddamn it!!!

Power will only be restored (at best) by next MONDAY! Why can’t the Federal Gov send up those massive generator trucks and place one every ten blocks in lower Manhattan? I mean, the troops in Afghanistan and god knows where have them!!!
It makes you wonder :we pay for WAR but they don’t pay for our peace. Ain’t it amazing? All a bunch of creeps, both side of the isle.

Comments Off on WHERE IS FEMA ???

FULL COVER with titles and all

The first image which comes to mind when I think of Gerald Thomas is that of a shark drowning in a glass of water – a sketch the playwright-director wound up using as a poster for his Sturmspiel (commissioned by the National Theater Munich in 1989). He used to draw it over and over again during rehearsals for the Kafka Trilogy (1988), which I attended assiduously, the poster for which inadvertently evoked formal elements of the Surrealist school (and, in point of fact, of no particular interest to Gerald). In his Kafka Trilogy poster, a scary-looking cockroach sports a head crafted from a fountain pen nib of the sort used to produce delicate line drawings. Gerald’s is monstrously delicate. It translates the anxiety of the Kafkian character’s metamorphosis – an awkward, fragile being uncomfortably trapped in a body not his own at the behest of a metaphor for legal penalties against those who are different and, thus, committed to penal colonies. The artist’s cockroach-quill was not quite a surrealist manifesto of the absurd, although it did sum up Kafka’s parable with a power hard to match in words. For this is what Gerald does when words fail him: he draws. And he does it well. As well as he lights a stage. Some of the finest lighting design projects in the history of Brazilian theater have been his, including the one for MattoGrosso, Flash and Crash Days and EletraComCreta.

Comments Off on Scratching the Surface – Arranhando a Superficie: NEW BOOK OF DRAWINGS / novo livro de desenhos – out on NOV 23 – 2012

A fantastic comment by Leonard Easter, my friend of more than 30 years

About these Presidential debates

I think that Obama thinks that maybe we all really can come together about basic, human issues and ignore petty differences. If he does not get another term, and I still think that he will, it is because of the growing and blinding cynicism that is so prevalent here. No sense of humour, which leads to no sense of human decency. One could not write a more bitter tragedy. Form over substance, and as Roy said in Blade Runner – “tears in rain.”

Comments Off on A fantastic comment by Leonard Easter, my friend of more than 30 years

Led Zeppelin opens film here in NY tomorrow (Celebration Day) and so it is.

Comments Off on Led Zeppelin opens film here in NY tomorrow (Celebration Day) and so it is.